Tekken is in the Cinemas!!! 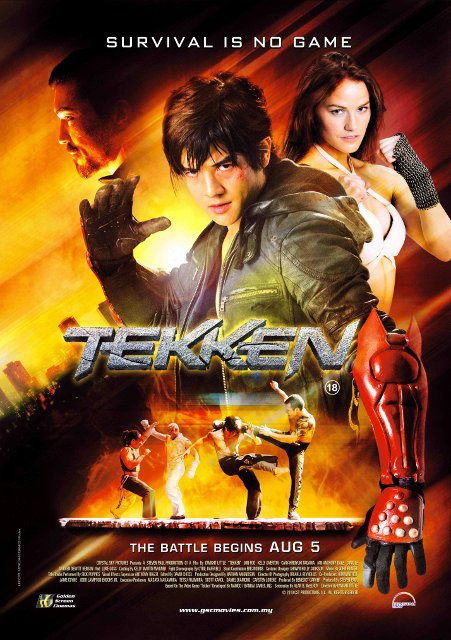 Sypnosis
The critically acclaimed Namco videogame franchise TEKKENTM is set to come to life on the big screen. Rising from the ashes of a crumbled civilization, gladiatorial combat has replaced warfare, and ruthless fighters pit themselves against one another in a bid for global supremacy. In the midst of the greatest tournament ever known, one warrior attempts to fulfill his destiny and become King of the Iron Fist.
Civilization as we know it has been destroyed and in it’s place a dystopian world order has arisen with seven all-powerful corporations controlling the planet. America is under the totalitarian leadership of the mighty Tekken Corporation and it’s CEO Heihachi Mishima (Cary-Hiroyuki Tagawa), who rules absolutely from the capital of Tekken City. Those outside the metropolis’s walls lead a life of fear and despair, fighting for survival as outcasts in a harsh world where resources are scarce. Rising from this poverty is Jin (Jon Foo), who is driven by nothing more than a desire to murder the man who killed his mother (Tamyln Tomita). In order to exact his revenge Jin must defeat the world’s most elite fighters and win the ‘Iron Fist’ Tournament. However this journey will show Jin a past that his mother had tried to hide from him and force him to realize a future that threatens to tear him apart. 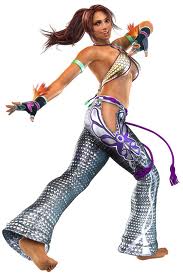 I start playing Tekken since Year 2000.Start with Tekken 3,Tekken Tag, Tekken 4, Tekken 5, Tekken 5 Dark Resurrection and now Tekken 6.After I play all of the Tekken Revolution,I am 100% choosing Christie monteiro as my favorite character in takken game after i tried all character.Before this I prefer to used Eddy Gordo but when Tekken 5 release,I am fall in love with Christie Monteiro.The reason i change from Eddy Gordo to christie monteiro is not because she sexy but start in Tekken 5,Christie Monteiro have a nice combination of kick and punch which is opponent usually cannot read that combination.The other reasson that why i choose christie is because she is using capoeira and i love the arts of capoeira in takken game,looks like it is imposible to do in real world ;)
Posted by black_mel at 11:57 AM

tekken the movie is not gonna repeat the DOA failure..